Investing in the quality of supports

We are always working to create a safe space for our participants and supported employees.

We now have an in-house certified MAYBO trainer at HELP Enterprises, and 49% of staff working with NDIS participants are now MAYBO trained.

This training helps team members to:

In the year ahead we aim to have greater than 90% of staff trained in both MAYBO and PCAS. We will achieve this through including eLearning in new employee inductions, followed by a dedicated training day. 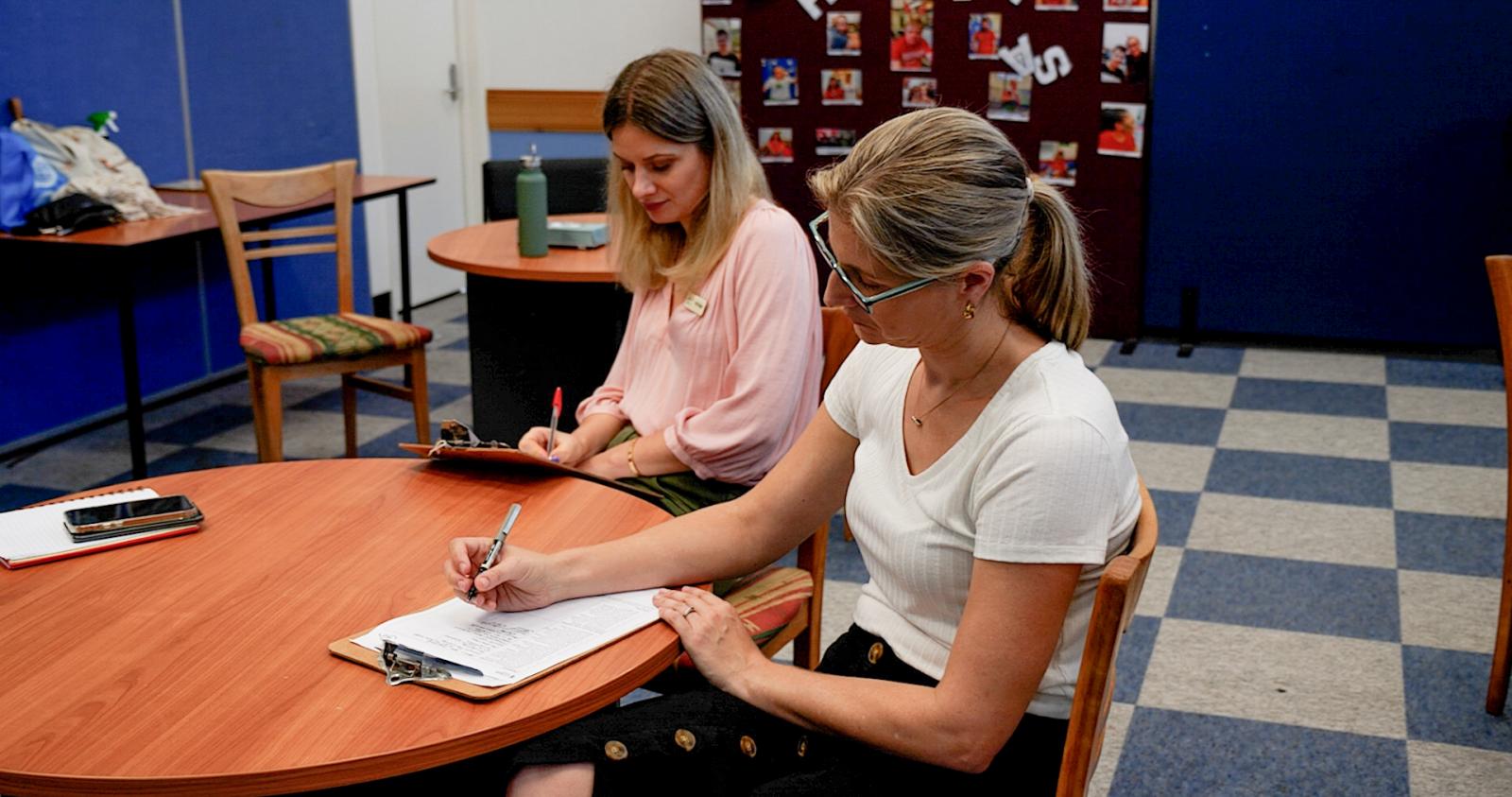 HELP is committed to constantly improving how we provide support by ensuring everything we do is person centred, and our time with the people we support is optimised.

We have implemented a range of new and updated practices which have enabled us to train ~65% of staff providing NDIS funded supports, and made it easier for practice champions to carry out their work. This includes an eLearning module that is completed prior to face to face training so that time can be used effectively.

In 2021 we entered the third year in our partnership agreement into Person Centred Active Support (PCAS) Research with La Trobe University.

Our participation in this research allows us to continuously improve the quality of active support we provide to people with disability, by adopting and embedding best practice support strategies in our disability care and supported employment environments.

Putting theory into practice and utilising the four principles of PCAS, has produced some impressive results for our Participants. See examples of our principles in action below:

Every moment has potential

Working closely with Stephanie this year, Lisa has gained valuable insights and reported some great successes.  By paying attention to Stephanie’s behaviour, and acknowledging that every moment has potential, Lisa was able to introduce and trial new tactics that enabled her to help regulate Stephanie’s behaviour.

Lisa has learnt that by trialling different strategies she is learning as she goes, and she is building up a toolbox of strategies for herself and her Participants.

Kelly has taken an approach of initially working with Robert on the things she could see from the onset: his movement, speech, and engagement.

Through incremental and gradual lessons, Kelly helped Robert build up his experience of success over time.

Introducing these tasks gradually with support provided, using the essential “little and often” principle has given Robert the time to build his skills without becoming disengaged.

Finding ways to understand Robert’s needs has led to increased engagement and participation.

Kelly believes that getting to know your participant, and how they think is key to success. Maximising choice and control for the individual is critical to improving their focus and increasing their engagement.

By embracing Robert’s passion for plants and gardening, Kelly has taught Robert about choice and control. Robert would choose which plants he liked, then select the best vase, and take his time to create beautiful floral arrangements.

This particular practice of choice and control has been valuable for Robert in many ways, particularly as it is age-appropriate. It has also assisted Robert in developing an awareness and appreciation for his surroundings, and given him skills to use in his daily life.

By creating a program of activities specific to Robert’s interests, Kelly and the team have helped improve his focus and increase engagement.

Stephanie is very determined, and likes to do things her way, but she struggles being able to express that.

In her work with Stephanie, Lisa introduced coloured ‘emotion zones’.  Through this work, Stephanie learnt how to identify her emotions, and ultimately gained skills that allow her to deal with each particular emotion. This approach has improved Stephanie’s communication skills to the point that she is now able to verbalise how she feels.

Introducing this activity in stages of complexity is an example of the graded assistance principle.

Lisa has also been able to show the services that Stephanie attends how to use the ‘zone’ strategy.