All Aboard for James' Trip to Warwick

Recently one of our supported employees James embarked on a journey to Warwick to check out The Downs Explorer Steam Engine and locomotive depot. As a die-hard train lover, one of James' big NDIS goals was to go on more train trips and see the sights of Australia. With the support of HELP’s short-term accommodation service, James was able to book a 2 night stay with his support worker Corey so that he could kick off his year of trains with a bang, and experience the perks of independent travel. 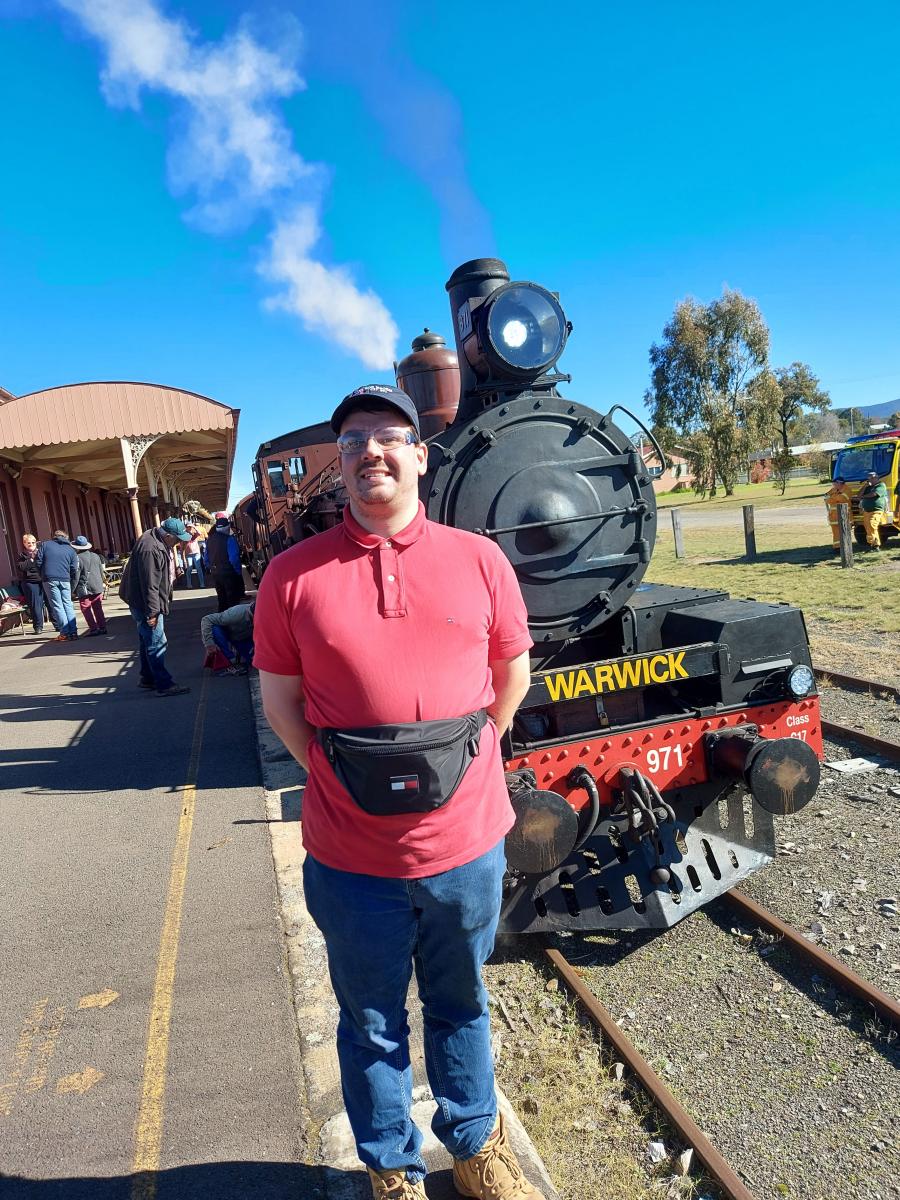 THE JOURNEY
James and Corey set off on their trip from HELP’s Eagle Farm site after James finished work for the day, excited to finally get out on the open road and tick off one of James' “must-see” train experiences. Though it was James’ first big trip since COVID he was keen to help Corey navigate their drive to Warwick, reading the map and pointing out important landmarks like the Legacy Tunnel, and the military aircraft display at Ipswich along the way. James particularly enjoyed listening to the sounds of the highway, laughing as trucks whistled past.

The day soon turned to night and James spent the remainder of the trip star gazing out the window, sharing interesting facts about astrology and his trip to the planetarium. As the pair drove in to Warwick James gave his mum and dad a quick call to say hello and let them know about his journey so far, signing off just as they arrived at their accommodation. 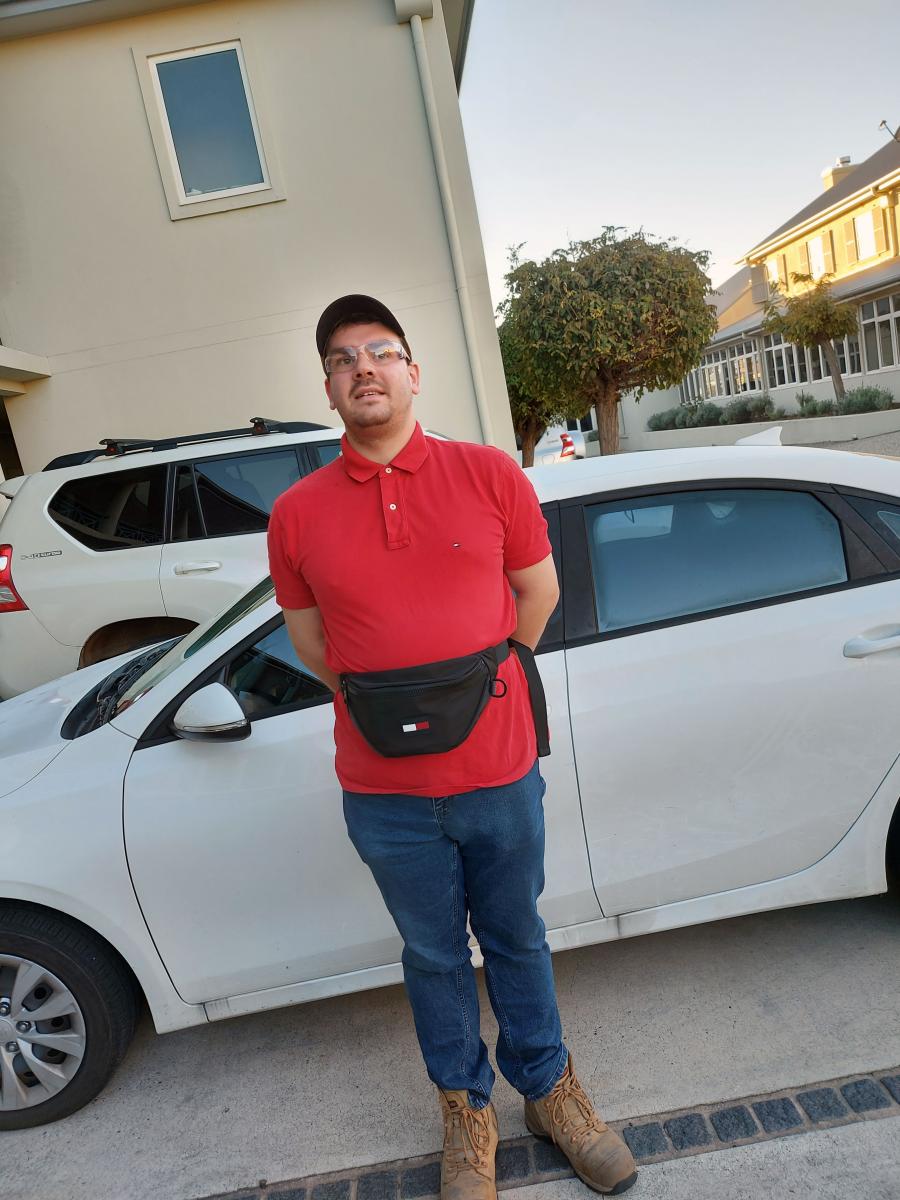 Thanks to James’ expert navigating skills they checked in early and decided to explore the town. Despite their rumbling tummies (and the chilly drop in temperature), James was eager to get a sneak peek at the train station before the next day’s tour so they made a pit stop before dinner.  James was super excited to share his passion for trains with Corey, answering all of his questions as they left the station and made their way to the local Chinese restaurant. Corey and James enjoyed a yummy dinner of honey chicken and spent the evening talking to the wait staff about the interesting restaurant decor before bidding goodnight to each other and retiring to their separate rooms.

The next morning James texted Corey bright and early so that they could get ready for a jam-packed day of trains! Upon arriving at the station James went up to the footbridge to watch the workers prepare the train, listening to the whistle sound and jumping up and down excitedly as the steam from the engine rose and covered him from head to toe. Whilst waiting for the train to leave the station James was also able to share his vast knowledge of trains with his fellow enthusiasts, even meeting a former train driver.

When it came time for the train to depart James made his way to the front carriage so that he could take in all the sights and sounds of the track. Corey stayed behind in the passenger carriage, giving James the space to explore the train independently, letting James know that he could text him whenever he needed him.  Throughout the journey James snapped a bunch of photos and recorded the sounds of the engine for his collection of train memorabilia, occasionally stopping to speak with other passengers. He also managed to get some one-on-one time with the train driver and crew so he could ask questions and compare notes about other famous steam engines. One of his favourite parts of the trip was feeling the steam on his face and listening to the “chugga chugga” noise of the train as it hummed along the tracks into Wallangarra. 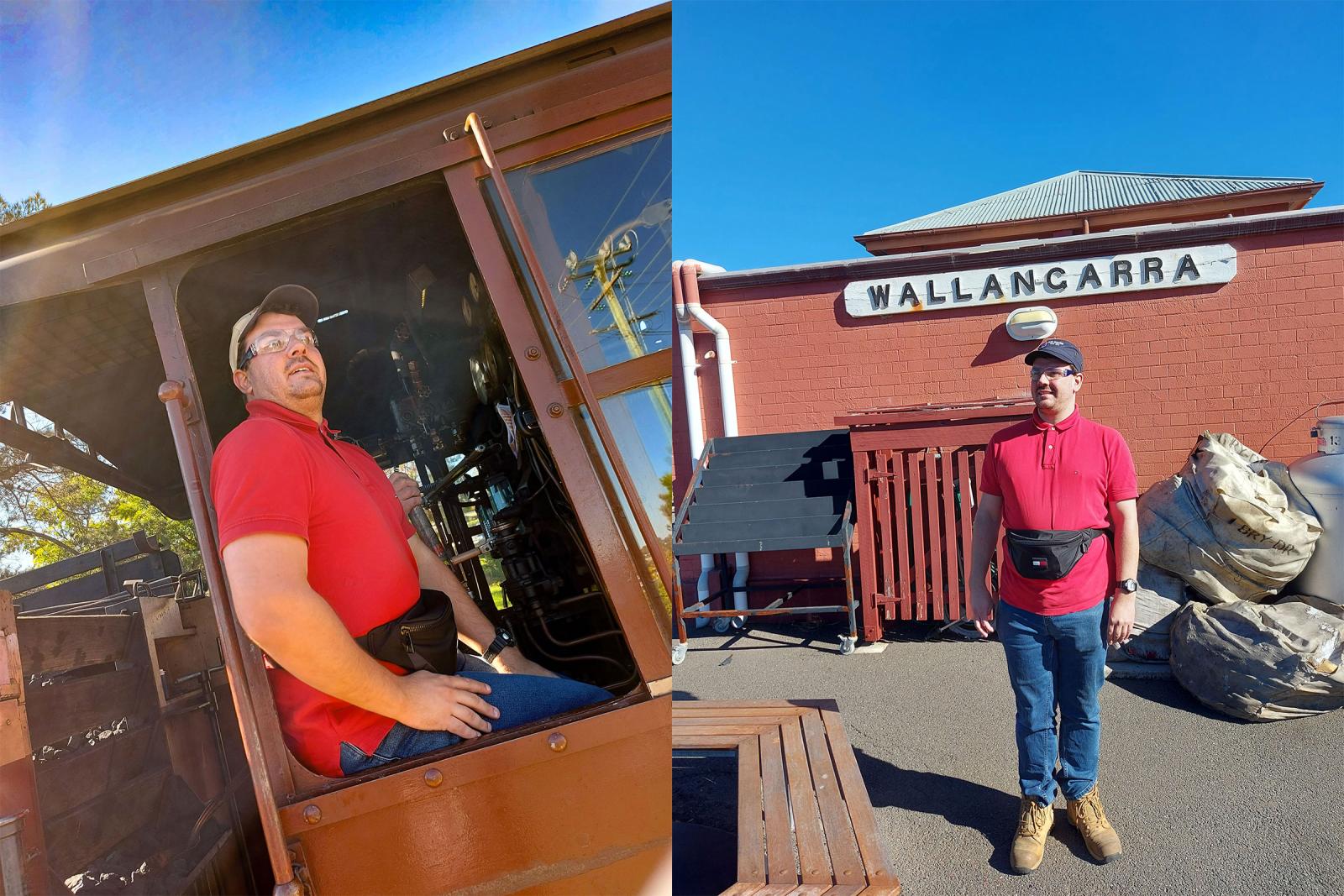 Lunchtime soon arrived and James and Corey jumped off at the next station to grab a hot roast meal and catch up with the other passengers and the local volunteer rural fire service who also happened to be in the area. Everyone had a great time discussing their discoveries from the day, but with sunset fast approaching it was soon time to board the train and return to Warwick station. As the trip wrapped up James thanked the crew and fellow passengers for a wonderful time and snapped some last-minute photos to commemorate his adventure. After a big day, James and Corey were too exhausted to dine out so opted for a quick takeaway dinner on the way back to the hotel.

Fuelled by a good night’s sleep and a healthy dose of country air they set off early the next day to beat the traffic, only stopping to grab a bite of brekky and top up the petrol tank for the long drive home. The two passed the hours by listening to music and recounting memories of their awesome journey. 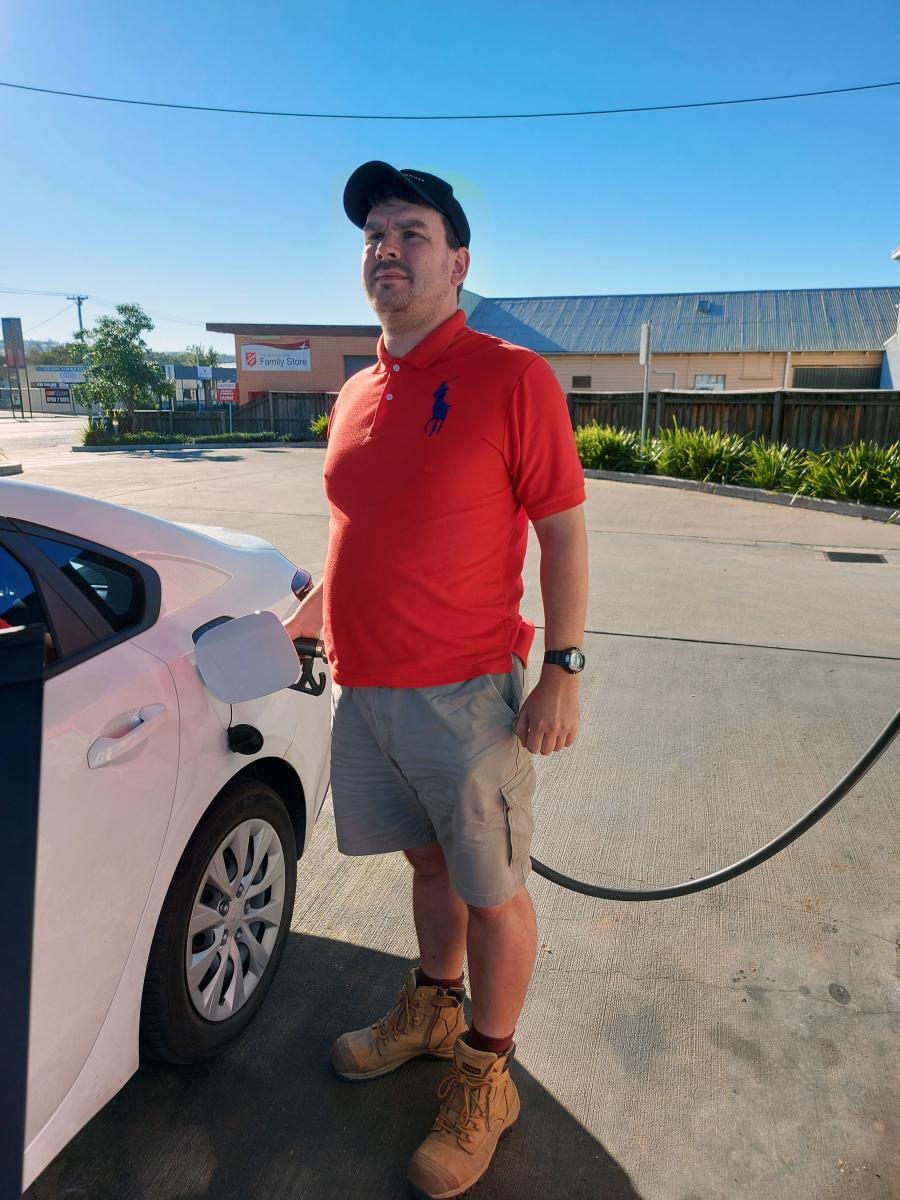 By the time they arrived back in Brisbane James and Corey were quite tired, but that didn’t stop James from plotting his next adventure!

In the future, James is planning on traveling aboard the Spirit of the Outback to Longreach and hopes that his journey to Warwick is just the start of many fun train trips to come. 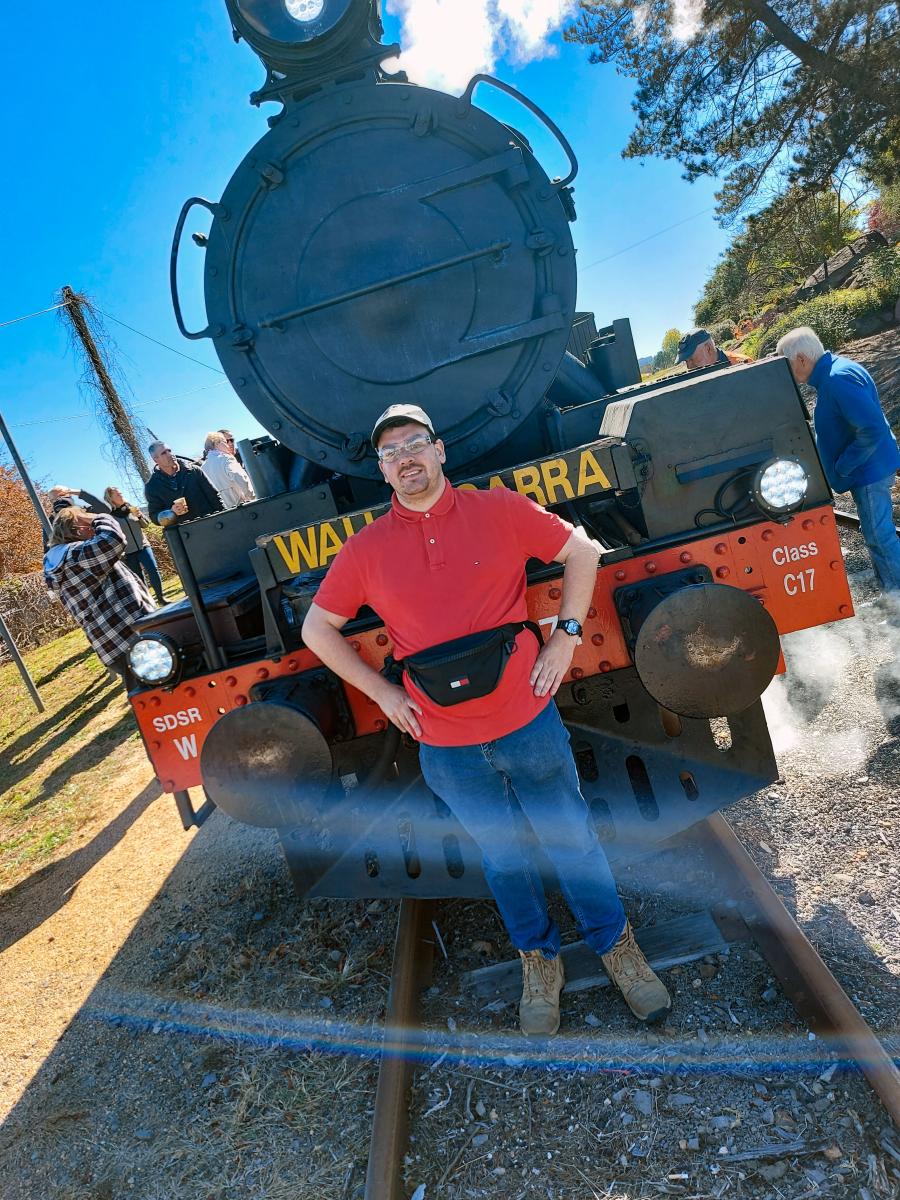 We can help you plan your next adventure!