Pivoting Careers When The Game Changes

Everyone has experienced this same dilemma, some overcoming it earlier in life than others and some experiencing it more than once.

Over the last year I’ve had the opportunity to work with someone who tackled this dilemma (literally) at a very young age and then again in his late-20s when retiring from a successful career in rugby-league forced him into changing careers.

Billy Moore is one of those people you’d never really expect to meet. When you do, he’s not at all what you expect. We had conversations ranging from finding a dream job all the way through to how, as a business owner, he is handling the effects of the pandemic - including information about the jobkeeper wage subsidy.

One of the first conversations I had with Billy was about one of his career goals of becoming an orator, someone particularly gifted in public speaking.

We’ve all heard the famous “QUEENSLANDER” catch-cry, especially around State of Origin season, and we’ve all seen or heard a captain in a post-match interview.

You hear a lot of “we gave 110%” and “we all put in the hard yards” but those gasping for breath, oxygen-deficient, post-game moments are never going to end up on a ‘best speeches of all time’ YouTube video.

With Billy it’s different, he has spent his time off the pitch following the same core principles from his days as a professional athlete. Sure, his voice has a bit of gravel to it but he has a lot of wisdom to impart about switching careers and he does so quite eloquently.

In the face of adversity, there's always some good if you have the courage and determination to find it.

Billy reflecting on the best advice he has ever been given

In our recent podcast series, Billy addresses his career, before and after rugby league and the grey area between when his professional football career seemed to end as fast as it began. 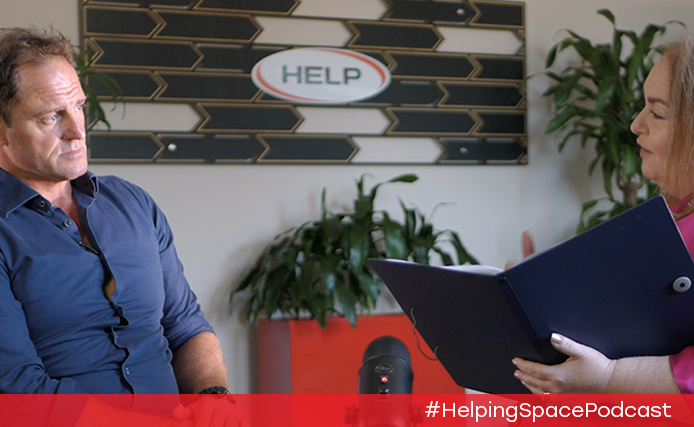 People often speak about how professional athletes lack structure and routine after retirement but I had never heard a first-hand account before speaking with Billy.

He went from the rigorous day to day training regime of a professional athlete representing local, state and country clubs to nothing, and was forced to adapt.

This is where his belief in mentorship, hard-work and goal-setting came in. After a rough period of rediscovery, Billy transferred his skillset into life as a small-business owner and motivational speaker.

Hear his thoughts on employment, teamwork and leadership in ‘The Helping Space Podcast’.


Through Billy's tenure playing sport at the highest level and experience in switching careers himself, he has become somewhat of a career coach in his own right - even before joining the team at Help Employment & Training for their 'Job Clubs'.

As someone with no interest in becoming a professional sportsman, I never would have thought anything from the Billy Moore playbook would make much sense to me.

But one thing did stand out, both in rugby and small-business, Billy has always taken on the dilemma in reverse order.

He finds a job he loves doing, then becomes good at it.

HELP is dedicated to supporting job seekers to find meaningful work and reaching their employment goals.

Read more about the 'Helping Space' podcast and Billy's episodes.