The theme of NAIDOC Week 2020 is "Always Was, Always Will Be" and to celebrate, we'd like to share the story behind the artwork and Dean John Tyson's vision.

At HELP we’re proud to be part of First Nations inclusion and diversity. For National Reconciliation Week 2019 we commissioned a painting by First Nations artist Dean John Tyson to be displayed on our vehicles to celebrate First Nations culture. 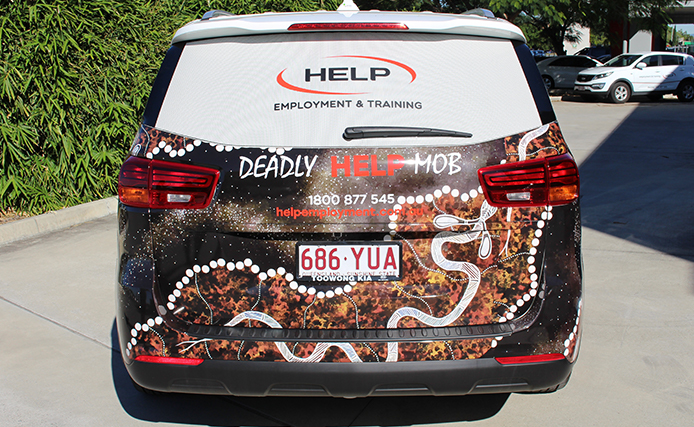 Kabora the rainbow serpent is an ancient being of the water dreaming. Many water ways were made by Kabora on her travels in the dreaming (creation storyline). The creeks & rivers bend from where she travelled, bottomless waterholes is where she dove deep into the land.

Kabora is a giant water serpent, but also takes the form of carpet python. You can still see the beauty of the rainbow serpent left in the carpet python’s leftover sheadings of translucent colourful snake skin. Kabora is the giver of life and can also take life, as she is of the great beings. We have a resting place on Stradbroke Island called 'KABORA' or 'BLUE LAKE', it is a sacred site as it is a place, one of many that she created. 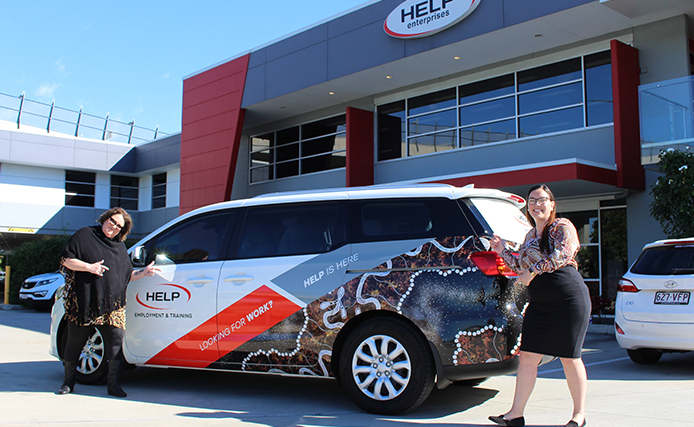 Kabora represents all the beautiful things in nature & the sacred lore we must abide by. Also the nourishment of all beings with the beautiful water that flows, life giving water. We have to remember Kabora is not a mystical snake of legend but a direct history of creation that has remained in our storytelling. 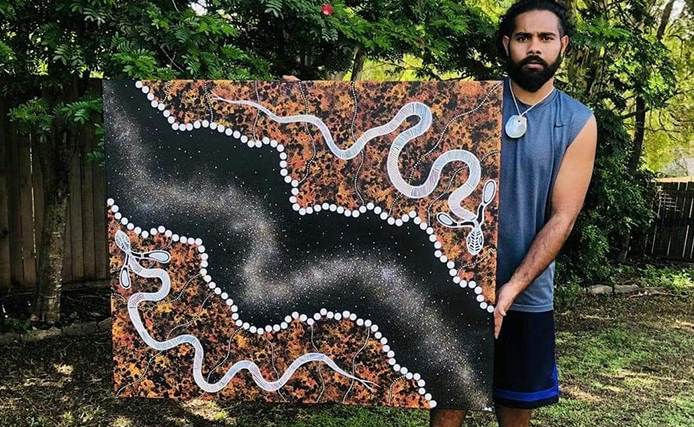 The colours in this painting are very important they are:

The two opposite sides of the artwork represents:

The middle of the artwork represents:

This painting is also a story of connection & belonging though the dreaming of Kabora, the land and natural law (lore). The strong connection between us the people, Sky World and the Under World and all beings that dwell between.

HELP respectfully acknowledges the Traditional Custodians of the land on which we work and pay our respects to Elders both past and present. We are committed to work towards a positive future for Aboriginal and Torres Strait Islander communities.